The Anatomy of a Contract 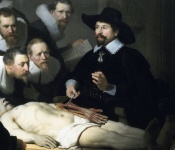 Contracts are things that are supposed to make sense. Seriously!

There is a method to the madness and once you figure it out, reading contracts and understanding them gets a whole lot easier.  Here is an introductory overview of the anatomy of a contract.

Contracts are easier to grasp if you think of them as stories: the parties are the main characters, the description of what the parties will do together is the plot, and the legal business about claims, liability and termination is the alternate ending.

The parties will each have different character names. “Contractor,” “Company” and “Client” are all popular names, but names that start with the letter “c” are not required (ha, ha).  Some contracts will tell you what the characters will be called when mentioned together; others won’t.

What’s important is that you can understand what each character is expected to do, how and when they must do it, and what their rights under the contract are.  You should be able to read through the plot and clearly identify each character’s role in it. 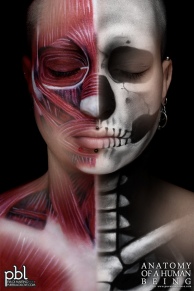 If at any point in the plot you can’t tell which character is responsible for acting or if it’s unclear how that character got from point A to point B without the aid of a warp hole, that’s important. It means the contract needs clarification. What the characters do, how they’re expected to do it and what happens to them if they don’t should all be easily identifiable.

Why is that legal business about courts, choice of law and indemnity the alternate ending?  Because if everything goes according to the original plot, you shouldn’t need to use it. And if something does go sideways, you want to know what the characters have to do. It helps to be a little morbid when reading the contract: what are all the ways it could go wrong? Is there an alternate ending in the contract for that?

Business in the Front, Legal Throwdown in the Back

Contracts generally read specific to generic and that is because they first have to tell you who is part of the contract, then what the parties intend to do, and finally it tries to guess how the relationship might fall apart and what the parties will do if it does.

The who and what are specific to the particular parties and the particular activity they’re engaging in.  This can be true even if it’s a form contract that a company reuses with many parties.  They still need to say who the parties to this contract are and if anything is unique about the work they’ll do. 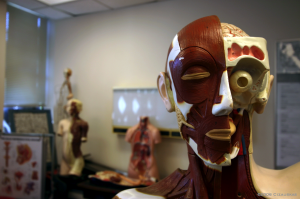 The last 1/3 of the contract is generally the “Sky is Falling” section where the contract spells out how to end the contract, who has what rights if that happens, and where and how you’ll fight if there is, in fact, a fight.

Understanding this structure is helpful because it can tell you where to look for things.  Did you have a negotiation with the client and they agreed to a specific timeline?  When you get the contract that should show up somewhere in the first 2/3 of the contract or in an SOW or Attachment.

If you can’t find that thing you agreed upon, ask where it is and if it’s an oversight they can fix it pretty quickly.  If they say “we don’t change the contract” or “it’s OK if it’s not in there” you can come back with, “No, I need it in there.  We can either put it in the middle here where it says what work I have to deliver to you, or we can incorporate it as a separate attachment to the contract.”

The Problem with One Size Fits All

For efficiency’s sake, many companies will work off of their standard agreement and tweak only a few details when contracting with a new party. There is nothing inherently wrong with this; it can make a lot of sense.  But it does mean that you need to pay special attention to the terms and conditions of such a contract.

Something that might have been completely reasonable in a previous engagement might not be relevant in yours. That doesn’t mean that the company or client will edit their contract to suit you perfectly before they hand it over. It’s easier for them if you do that work. 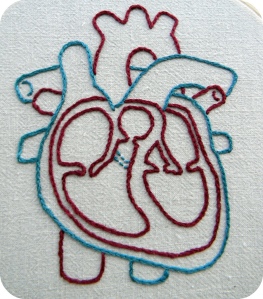 The other issue that comes up with one-size-fits-all contracts is that you might not be able to tell what provisions are missing. When starting from scratch you can go through and make sure everything is where it needs to be. When using a form contract, the assumption is that everything that needs to be there is already there. That’s not a great assumption to make.

How can you figure out what’s missing? The easiest way to do that is to talk to a lawyer. They can listen to what you need and review the contract with your interests in mind.  They’ll be able to tell you what is there and how it will impact you as well as how what’s not there might affect you.

The easiest way to get to know contracts is to read a lot of them. So read yours, your friends’ (when you can), and examples that freelance resources post.  Pretty soon you’ll get the hang of it and be able to understand all sorts of contracts.

Featured image is the painting The Anatomy Lesson of Dr. Nicolaes Tulp by Rembrant from Luciana Christante’s photostream via Flickr.com.

Read more from Making Sense of Contracts
Contracts, Freelance, practical advice
← Network Like a Nerd!
What Do You Say When Clients Are Awful? →
1 Comment